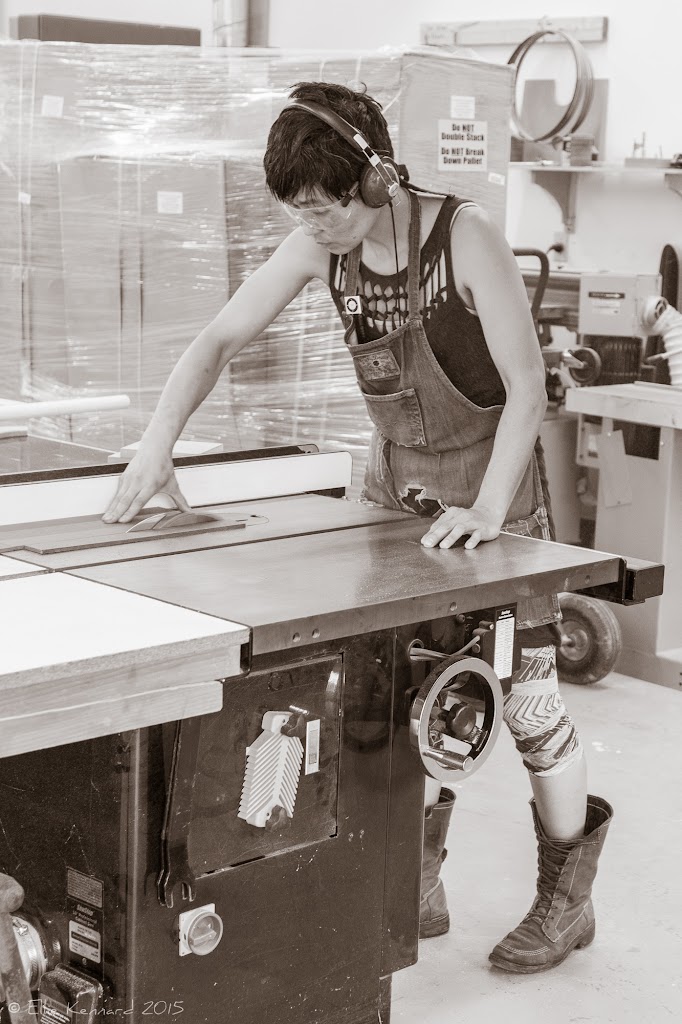 I saw Yuri at the Center for Furniture Craftsmanship in Maine. She was intent on her work but didn't mind me taking this picture of her. You can see a piece of her work "Curio" and the detail of it, posted here. I loved the way she looked, her intensity and at the same time her obvious ease as she worked at the machine. I wanted to capture a portrait of the artist at work, but also to share the art she is creating.

This was taken while I wandered around the property as Steven was setting his things up for the course he is teaching.

My photographs are all on my blog here: https://www.elliekennard.ca . 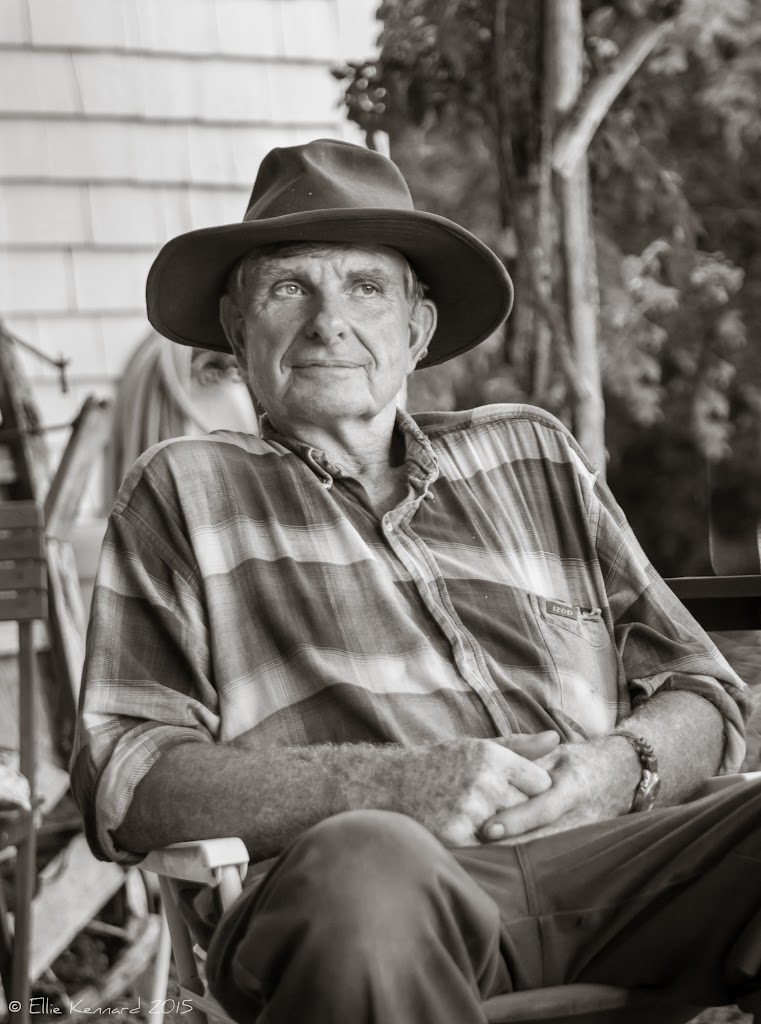 We first met Stuart almost 18 years ago. He is a wood turner and he was standing smiling in his booth at a craft show. His wife stepped up at once and explained that Stuart was deaf, so she showed us his work as he looked on, smiling at us and doing his best to chat. Stuart had not been born deaf but had worked as a pile driver for many years and the vibration and loud sounds had gradually eroded his hearing. His wife explained to me that when deafness is caused by noise levels, a hearing aid is not good, because it increases the sound level, which then continues to cause even more hearing loss.

We saw Stuart a few times over the years and he always remained apparently accepting of his condition, smiling when we complimented him on his work and talking about it animatedly. I since found out that he had to put up a fight to get his hearing loss accepted as being work related so that he could receive a disability pension, but he never let on to us about his discouragements or concerns, continuing to turn and produce the things he loved to make.

A few years ago, Stuart had a cochlear implant and, he was able to hear for the first time in years. It was at first a bit strange to be able to speak to him in a more or less normal voice and have him respond, but everyone was so happy for him that this treatment had helped him to hear again. At last we were able to really get to know him properly.

We were all at the annual Nova Woodturners Guild BBQ the other day, when I saw Stuart sitting there listening to the conversation with a little smile on his face in response to what was being said. Those of us with no experience of such impairment can have no idea of the pleasure he must get when he can sit and listen to a conversation going on around him again.

So Stuart is my model for 'Sound', the theme for this project this week.

My photographic posts are all on my blog : www.elliekennard.ca . 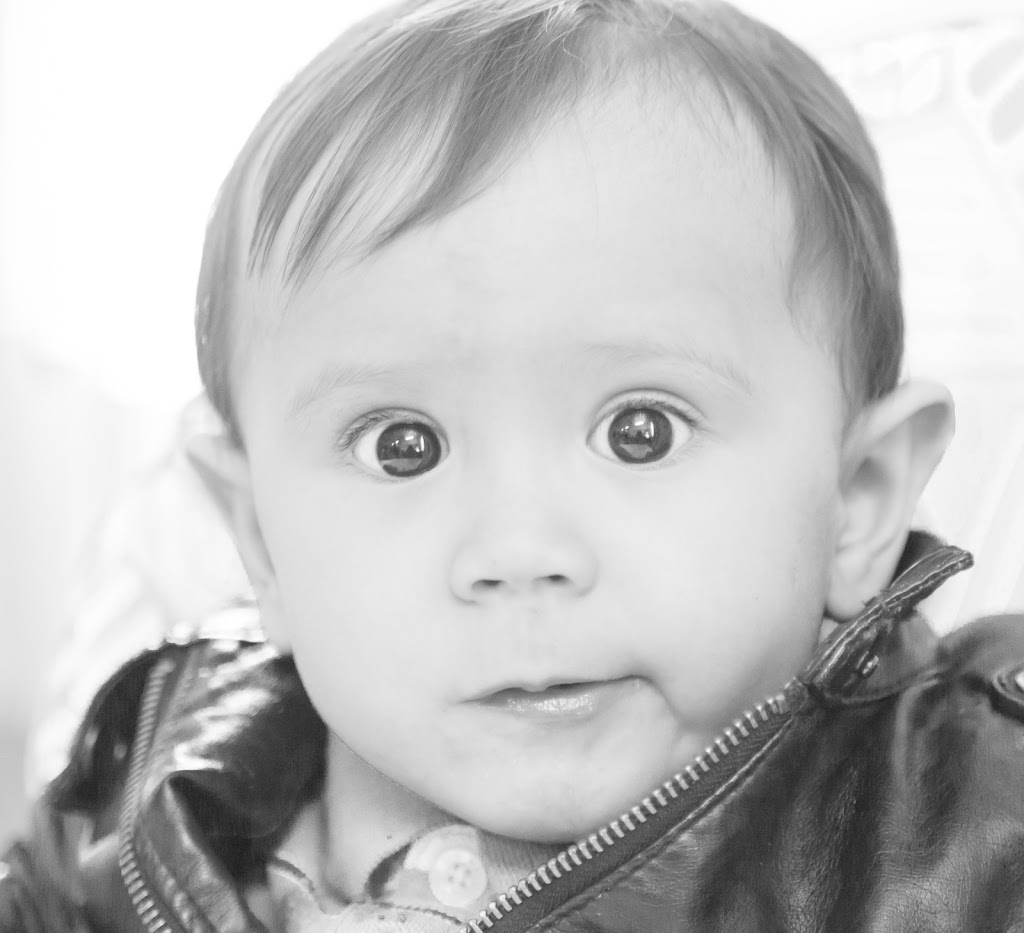 Brent and I are really excited that tomorrow I am going to be starting this mentorship with the master of lighting, +Eric Raeber. This should be a wonderful period of learning and we have an amazing group of people lined up ready to explore the mysteries of lighting in photography. I am looking forward to being able to understand and use new techniques to make better use of lighting in my photography, including portraits. This was taken, as he was sitting waiting for his supper, so cute in his little leather jacket.

Brent is the son of good friends of mine and his expression shows perfectly the wonder and excitement I feel waiting for tomorrow's very first lesson to arrive in my inbox. 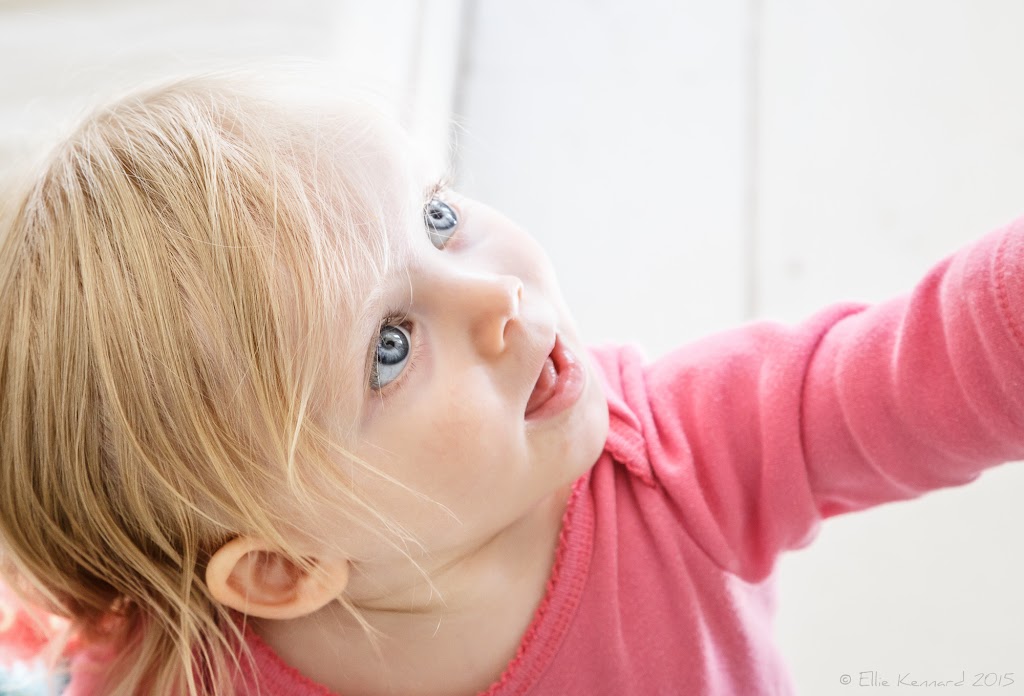 Sophia is like a flower. She brightens up the room just as flowers do, by her very presence. She is full of light and love and joy with her direct, trusting gaze and that little smile that played around her rosebud mouth when she looked up at her beloved Dadda.

We met Sophia only yesterday and she touched our hearts. What a sweetheart.

The theme of the bi-weekly B&W Project this time is Emotion. This was a revisit of a photograph I took a year ago when we first got Joni, as a pup.  You will find the original posting and photograph I took here https://elliekennard.ca/love-me-love-my-dog/. 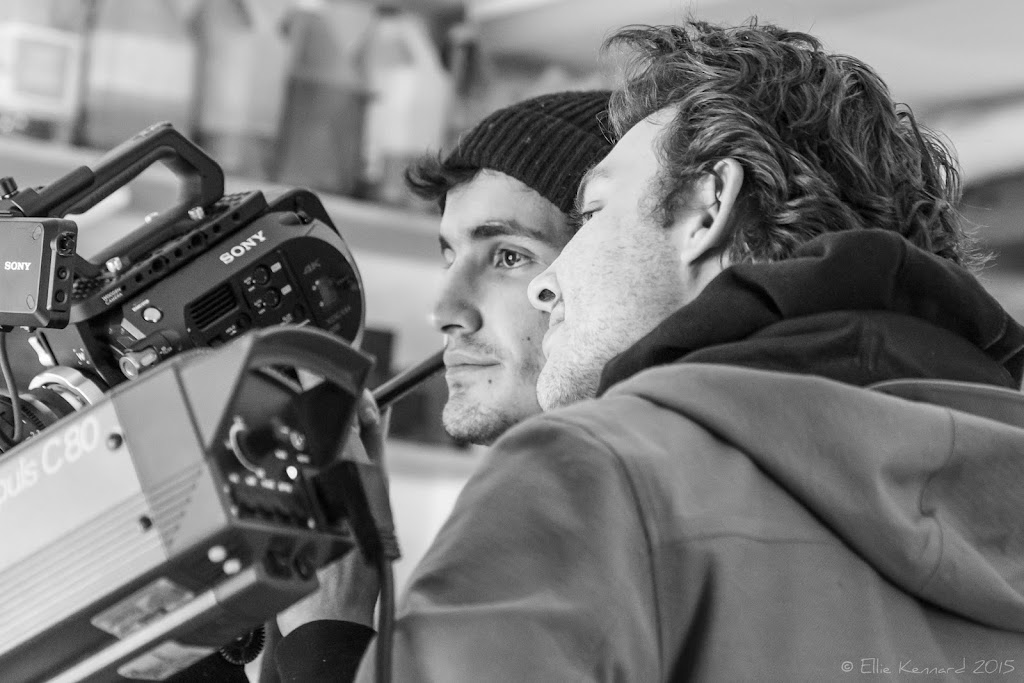 I took this portrait of +Ben Proudfoot Film Director and Producer and +David Bolen cinematographer at work last week in Steven's workshop. It was enlightening to see such a professional team at work and so focused on their vision.