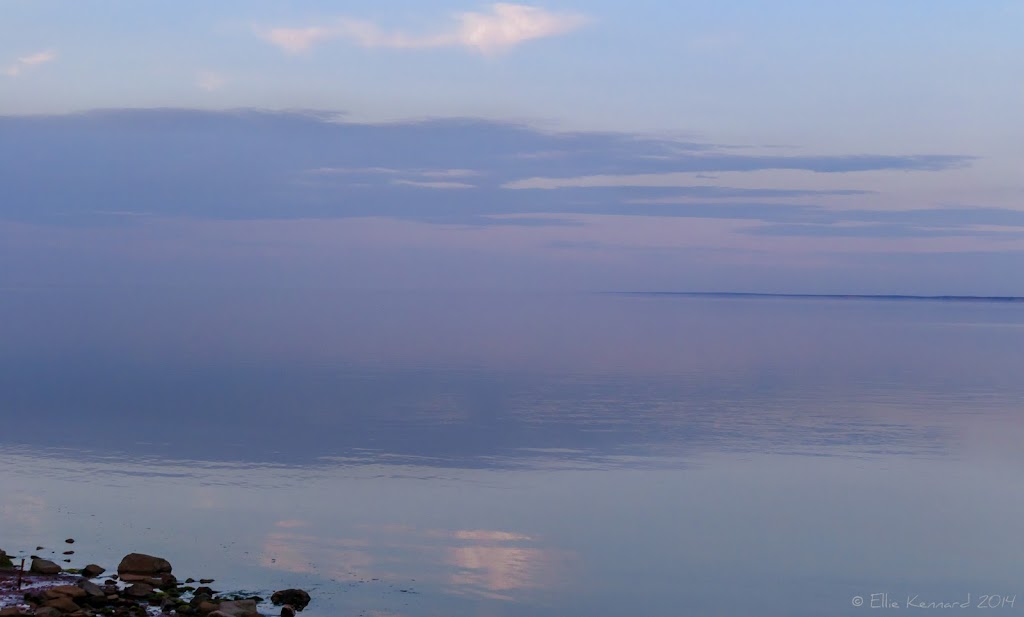 This was a wonderfully tranquil evening for a walk along the beach. The mauve clouds and mist blended perfectly into the reflection on the calm water of the bay.

It reminds me of this beautiful poem set to music by Rose Vaughn, sung here by Rosemary Phelan and Jason LaPrade – Stone and Sand and Sea and Sky

0
This year for the first time I have noticed these spiders on this peony plant. There have been several of them, distinctive with their red strips and white, almost translucent bodies. They are mostly to be found on the flowers like this that are white, with splashes or edges of red or pink. It’s not a bad camouflage, though it makes them elusive models. The bug you see on the right is dead. From what I could see, the spider lay in wait for bugs that passed by all unawares, then she would kill them. She then stashed them between the petals of the peony. It is as if she was storing them in her food locker or larder.

I did make some macro photographs of this little lady, one of which I might share later. 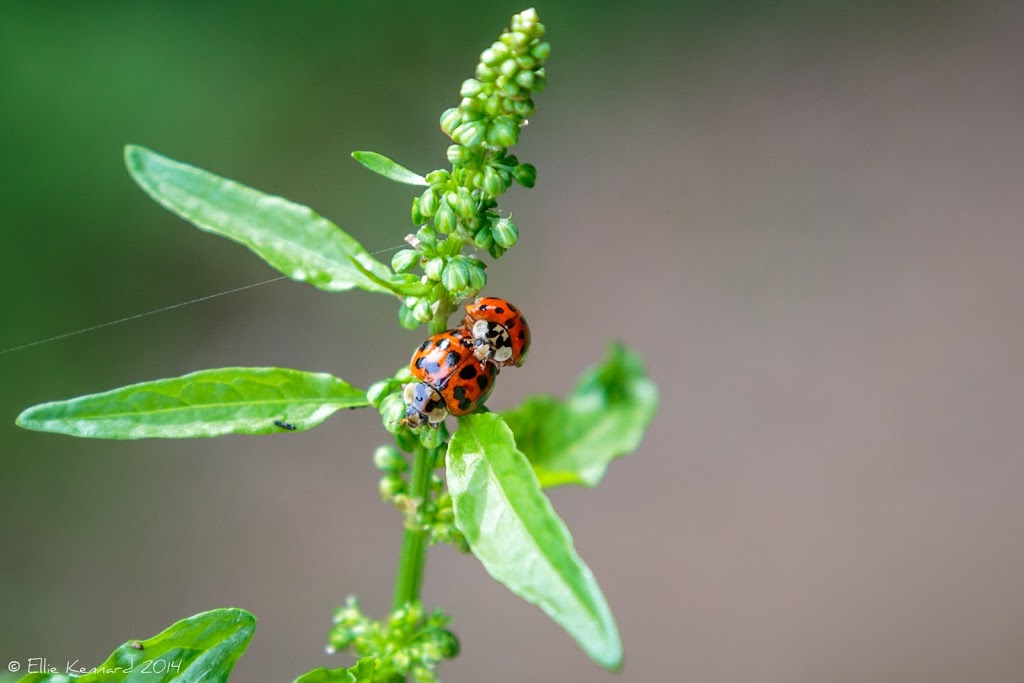 On the same walk with my friend Linda, she (without her camera) spotted this preoccupied pair. I wonder where that spider's web is leading, too, but think that it would have to be a brave spider to interrupt these two. I was particularly intrigued by the 'eye' spots.

0
The snow was up to above my knees so I got boots and legs full of snow, but it was worth filling the feeders in this heavy snowfall. More due tonight.