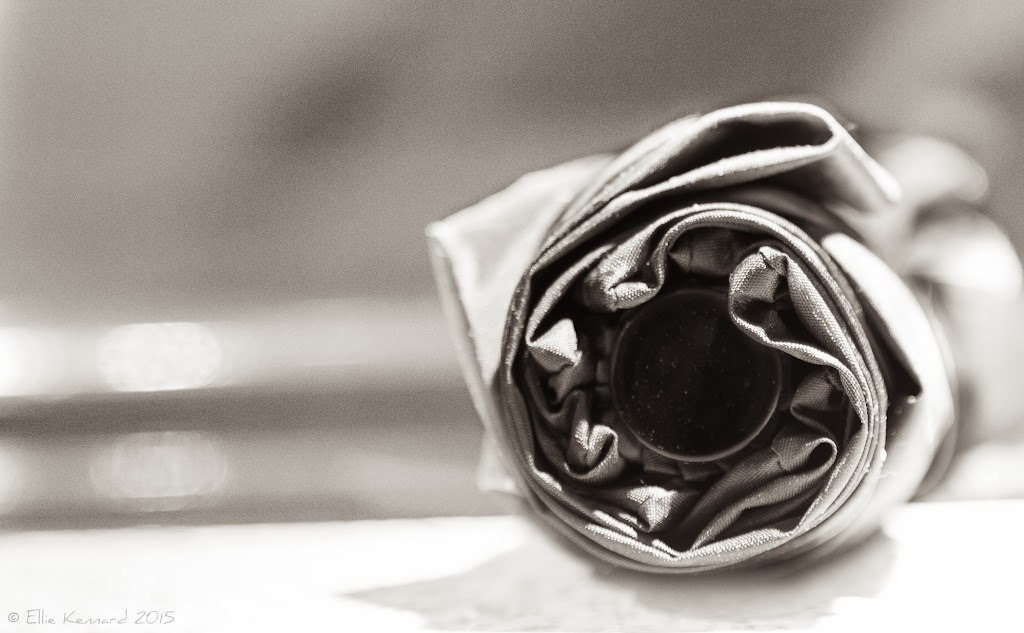 I have a vivid memory of a dark and stormy night when I was about 3 years old. I was running across a lawn, holding my mother's hand to go to look at something that was happening at the house next door, although I don't recall what that was – maybe a fire, or flood or something. Suddenly I felt a pain in my eye and cried out. My mother swept me up in her arms, a look of panic on her face. I had been struck with the spoke of someone's umbrella. Blood poured down my face mingling with the driving rain drops. My memory of the rest of the night is hazy, but I was taken to emergency where my eye was examined and it was discovered that the spoke had just cut into my eyebrow, missing my eye, fortunately.

My poor distraught mother must have been devastated as she thought of her darling little daughter, my face (she thought) scarred for life. The cut was not large, perhaps 1/2 an inch in length, maybe a bit less. I had often wondered where the scar was (I had never seen it, it was really very small) but a few weeks ago, so many years later, I found where the scar was. As a result of the trauma (mostly caused by my mother's panic and hysteria) I never could be convinced to carry an umbrella, even during the 21 years I lived in England. I am always very careful when I walk by anyone carrying one.

A few years ago, I told myself that it was foolish to be so unreasonable about using an umbrella and I have since bought ones that I use occasionally.

The theme this fortnight is "Umbrella", however so far we are still buried under snow (although today it has rained, in sympathy with the theme!). I dug my umbrella out of the car door, dusted it off (not very well) and set up the photograph more as an art(icle) piece than utility. The theme brought back this memory to me of that long ago accident.