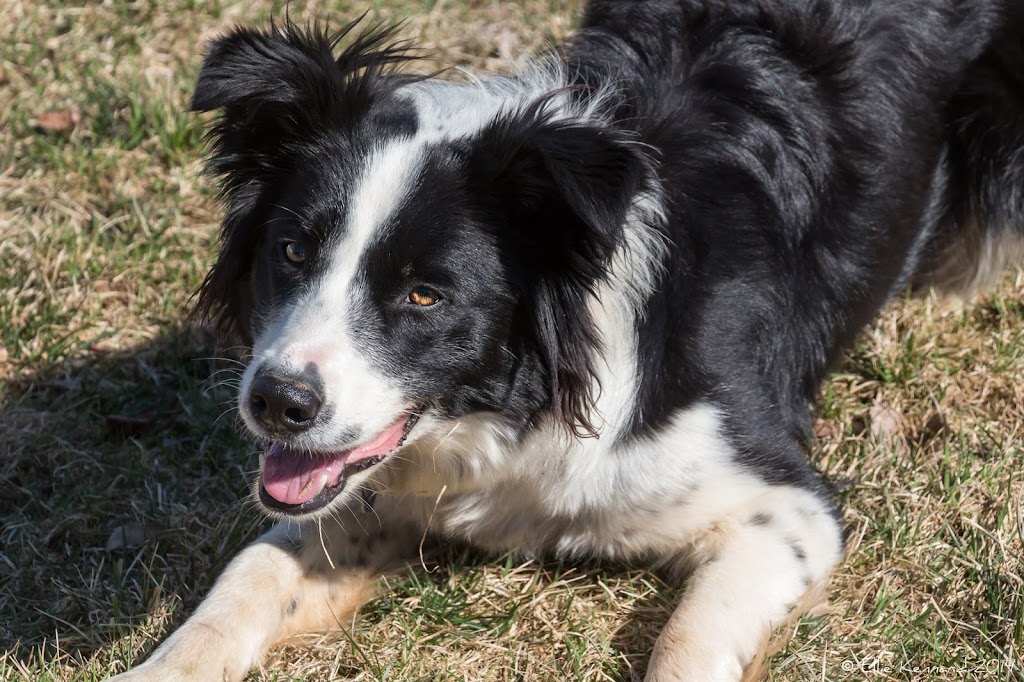 Last year, when old Joni was out walking with Steven, they saw a young border collie pup coming along the path toward them. Joni was absolutely terrified at this sight, for some strange reason. It was almost as if she thought she was looking at herself in the past, as a young pup. Eventually, the next few times they met, she gradually tolerated having this pup come near her, though she pretty much ignored her.

Now this is Aria, almost a year old. And she and our young Joni are already great friends. These two border collies tear around like lunatics together, Aria wanting sticks thrown for her (as here) and Joni trying to herd Aria. It's one sure way for two young dogs to burn off some energy.