It’s very cold here this morning – outside at least – and I thought of these frozen beauties that spent so long in my freezer. These gerbera daisies you see here are encased in ice. As I photographed them using a macro lens, you can see the details in the lovely petals and stems and the way the bubbles in the freezing water embrace the blooms and seem to buoy them up. I took the photograph with some natural light, but as the exposure time was sufficiently long, I played with moving additional light around the flowers to highlight different areas during the exposure.

Have a wonderful week everyone! 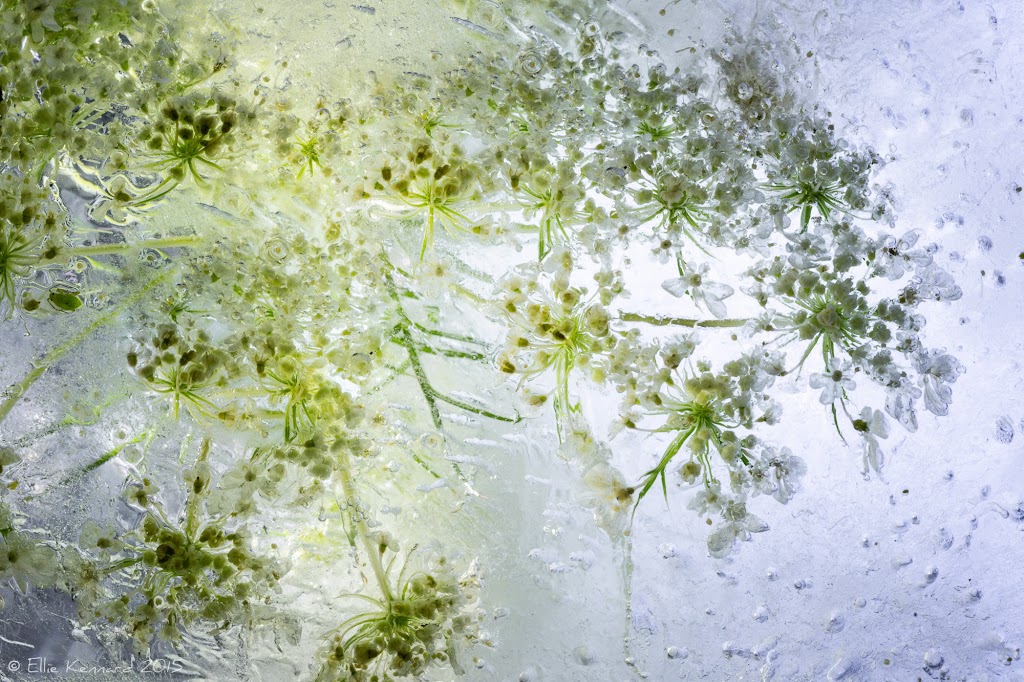 Today it's pouring with rain, dull grey and windy. The leaves have all fallen and the flowers all finished. To cheer myself and everyone else up, I am sharing this photograph of deep frozen Queen Anne's Lace. The details of the tiny flowers that make up the 'platform' of the bloom are exquisite as seen through a macro lens. The flowers are frozen in blocks of ice when they are at their peak and then are preserved until I have time to photograph them (or need freezer space)! Now the Queen Anne's lace plants are just spiky stalks denuded of their blooms, but we have these to remind us of their past (and future) delicacy and glory.

In celebration of the beauties of flowers especially as photographed through ice and with a macro lens to show fine detail, I have created a collection dedicated to this subject.

My posts are on my blog: www.elliekennard.ca .

The situation had become critical. My freezer was filled with flowers to the point where I had no more room for food. I decided that I had better get some of these blocks of flowery ice out and see what they had become, frozen forever in the attitude they took when first plunged into the water. In my experience it’s not easy to know what will work as far as frozen blooms are concerned. They have a habit of moving around randomly as though alive before they slowly but surely are trapped by the hardening ice.

This spray of gerbera daisies seems to be full of exultation, almost leaping up with the spikes of bubbles that encase them. I hope they bring a ray of sunshine to the start of your week.

To photograph this I decided to play with the light by using a torch (flashlight) and moving it around during the exposure to bring more light to certain areas. Thanks to the whole team on the #blur mentorship, including Alex Lapidus, our wonderful mentor, who introduced so many exciting techniques to our photographic toolbag.

And before you ask, no, I don’t seem to have much more room for having released two of the frozen blocks, of which this was one. So I had better get some more out again soon if we are going to be able to eat. 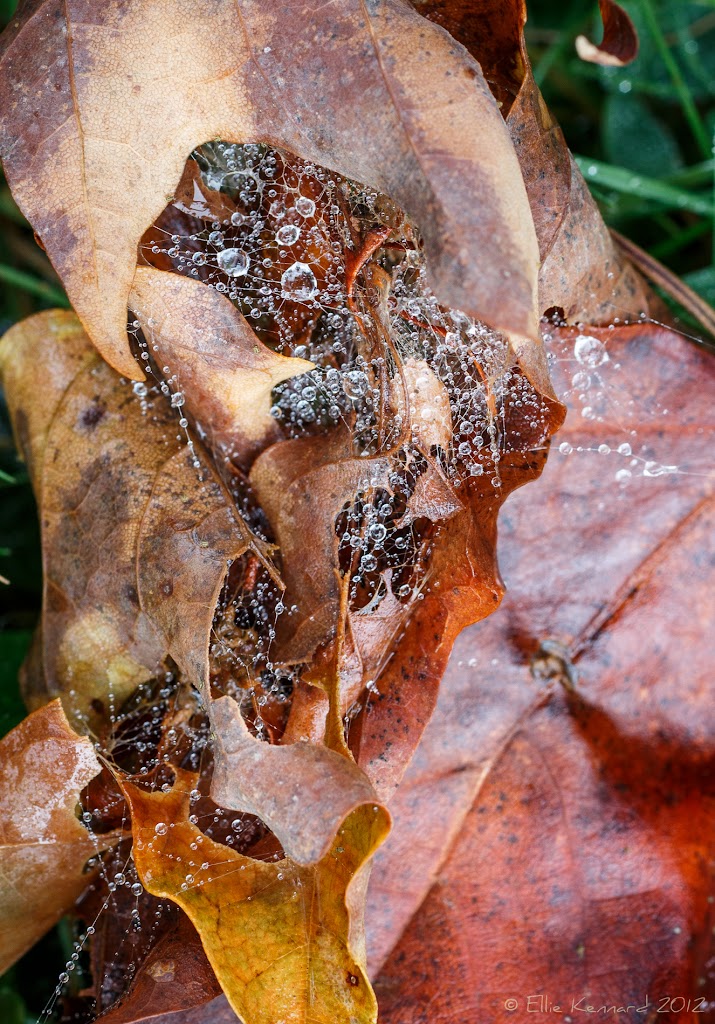 The webs in this pile of leaves seem to be like jewelled necklaces that hold them together, strung as they are now, with beautiful gems all along them. This is one of my favourite photos taken for the daily photography project I undertook in 2012. I found it again the other day when a friend commented on another webby photo and thought it was worth sharing it again. I always feel really happy when I see it with its warm tones, leathery textures contrasted with the drops and all tied together with these thin filaments of web. I hope it makes you feel the same today!