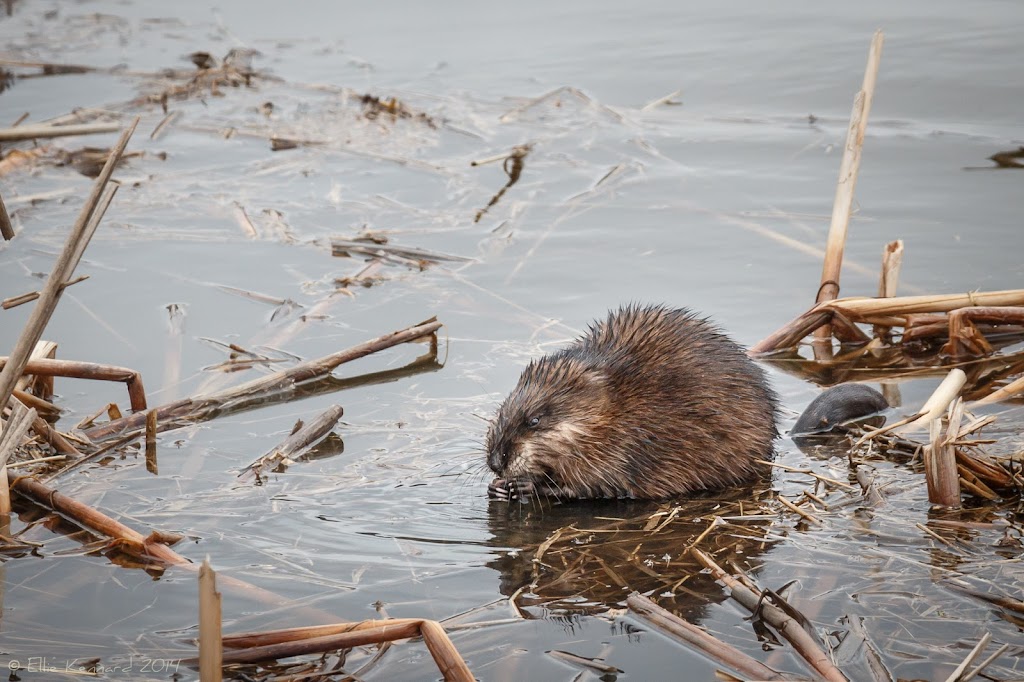 The next trip I took into Miner's Marsh gave me another first for bird viewing, a pair of Bufflehead, which were both too far from me to photograph well, but enough to get a photo to use for identification.  Striking black and white diving ducks, they are not rare around the coast, but not common inland nor on our side of the Province.

The muskrat were out that day, busy doing whatever muskrat do and this one was near enough for me to study in a bit more detail. At one point as my camera was pressed to my eye I realized that (s)he was swimming rapidly towards me and I was a bit worried. They can be very nasty when provoked. I felt sure that I was not particularly threatening in my behaviour, so I held my ground. Eventually this one came to rest and I was particularly pleased to see how clearly the rat-like tail was visible. When it is swimming, the tail seems to act as a rudder, looking almost like an undulating snake behind the furry body. The little paws look cute as it holds whatever it is nibbling, but the claws would be not be so cute if they were used in defence, I suspect. I have never seen these creatures so close up, so was really pleased to be able to show you another photograph of the muskrat.