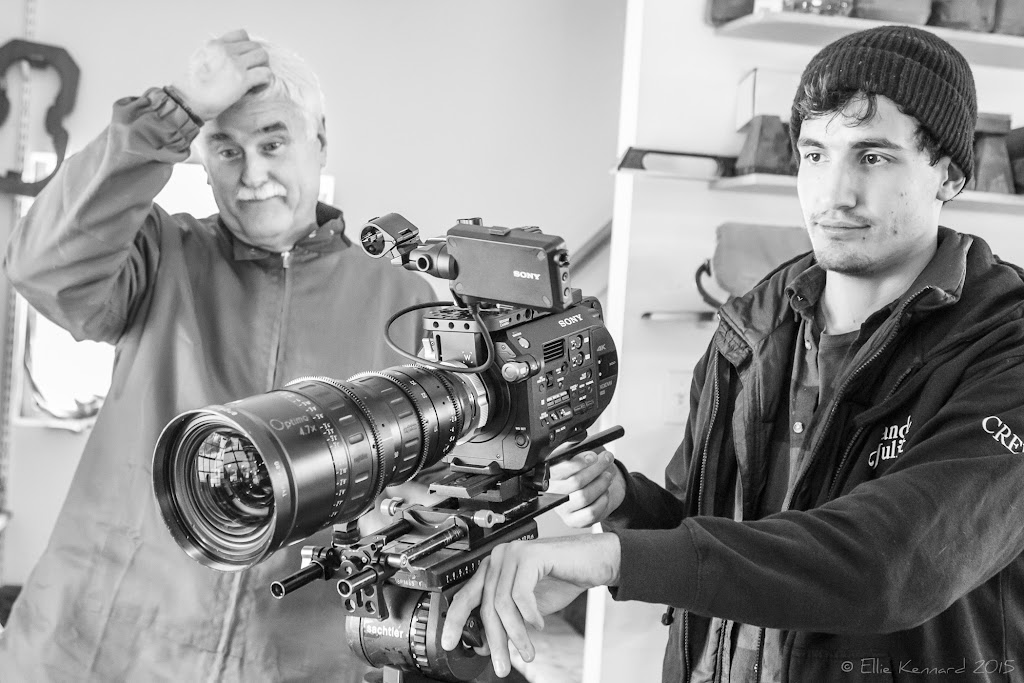 During the days when the film crew from Breakwater Film Studios was here with Steven in his workshop, I took some photos of the two of them, as they said that they had no pictures of themselves working. I didn't take nearly enough, as I was so busy being crew caterer and special craft effects operator, but this one was one that I am posting as it so nearly made the grade for the week 4 theme Emotion for the #BWProject26

I hope no one minds me posting a second one for this theme, but I couldn't resist it. As to the emotion? Confusion? Doubt? Disbelief? They all work. Cinematographer (fancy word for cameraman) +David Bolen and head scratcher/film star +Steven Kennard with producer director +Ben Proudfoot out of sight but in the moment. (That's some lens, don't you think? I think that was one of the things that Steven was scratching his head about.)

The project is Curated by +Tisha Montgomery +Brandon Luk +Lauri Novak +Alison Christensen and anyone can jump in at any time if you want to join in the fun. The page for the project is +The B&W Project