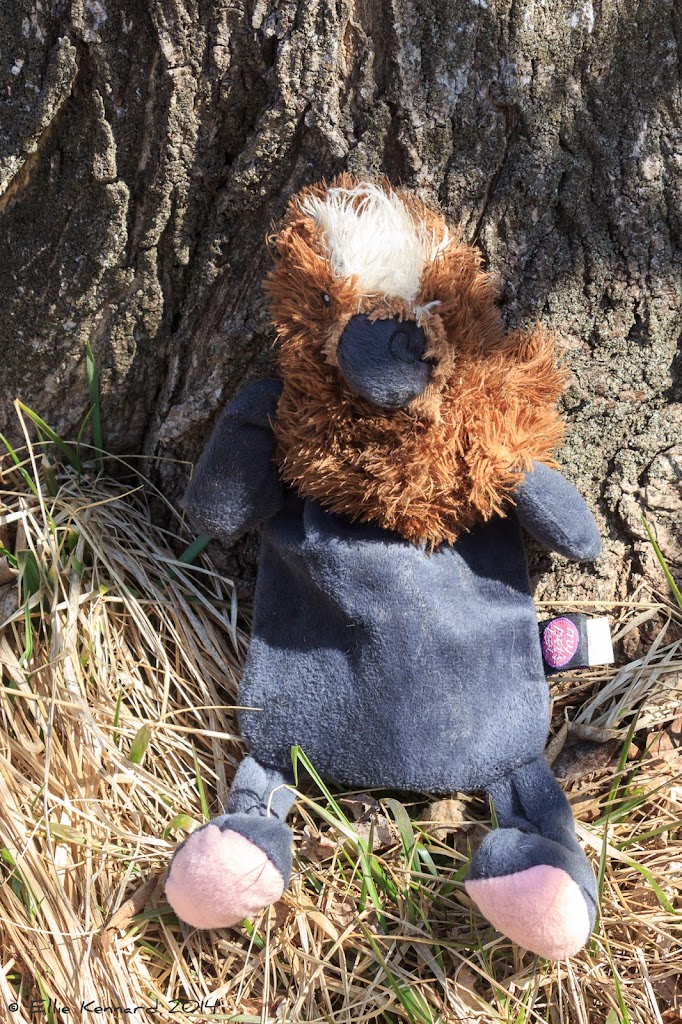 The last time I was in the pet shop there was a big barrel of toys that were on sale. The toys we had from the time Joni was small were beginning to be torn to shreds and I felt we needed something new to play with. I picked out a blue one (of course) with a great crinkly sound and a squeak.  When I brought it home and presented it to her, she completely ignored it.  I couldn't believe it. It was the first time she hadn't been absolutely delirious about being given something. I was horribly disappointed. And it was blue. Why didn't she like it?

Then I had an idea. When there is an orphan lamb, or a mother has too many to feed, a foster mother will be chosen, usually one whose own lamb has died. A mother will not just accept any baby lamb, though as she is looking for her own. The farmer will get around this by skinning the dead lamb and putting this skin onto the  orphan. When the mother smells her dead lamb's scent on the little creature trying to suckle her, she will usually accept it as her own. I decided to try the same thing with the poor rejected toy.

There was a bedraggled bit of chewed fur with a couple of eyes left from a disembowelled toy that wasn't much use any more. There was just enough for me to be able to pull and push the new smelling toy, head, front feet and all into it.  The warn outer suddenly was filled out by the new, crinkly sounding, but strangely familiar smelling blue one. Joni grabbed it and attacked it with her usual enthusiasm. This works with orphan toys too! A new lease of life for the 'dead' teddy. 😀 So here it is, resting under a tree, recovering from the latest play session.