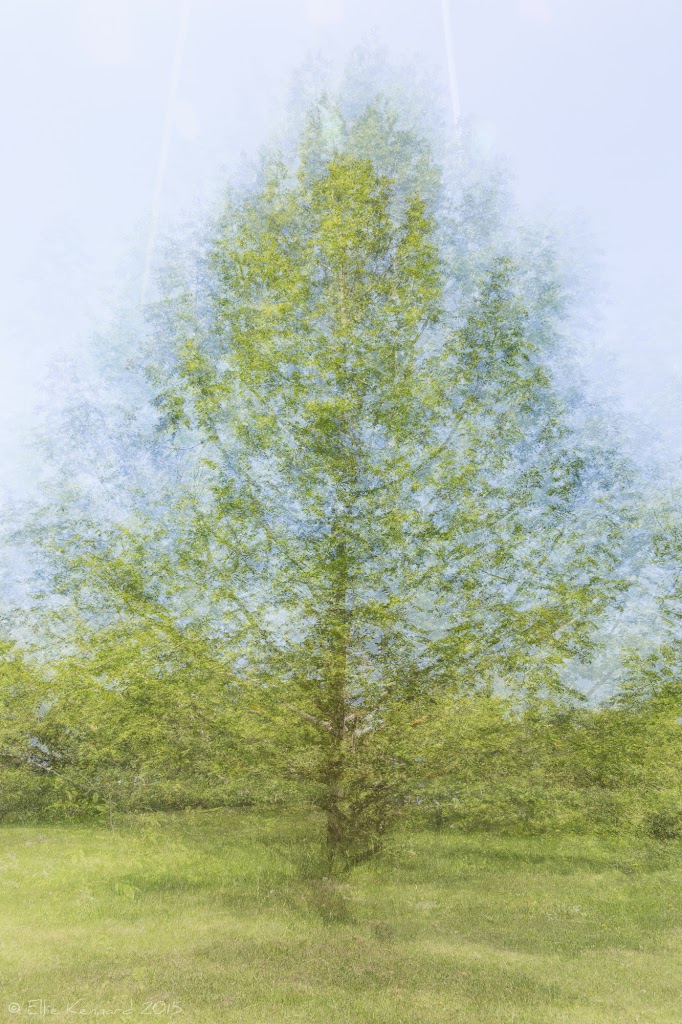 During the blur mentorship (Blurs and Unsharp Photography Guided Play, led by +Alex Lapidus) I was inspired to discover the feature of in camera multiple exposures. I have had loads of fun this week and this was the result of one of these experiments. It was composed of a total of 9 images taken one after the other as I walked all around this rare deciduous conifer, common name of Dawn Redwood* which is in full spring foliage now. The resulting image, blended in the camera, gives a lovely effect of light, I think and I was pleased with how it came out.

*"This genus, dating from prehistoric times was thought to be extinct and was known only in fossils until a single living species was found as recently as 1941 in an old Chinese temple. Since its discovery the Dawn Redwood has been widely distributed and is found in many arboretums, parks and gardens throughout the world." source: Conifers for Your Garden, by Adrian Bloom.