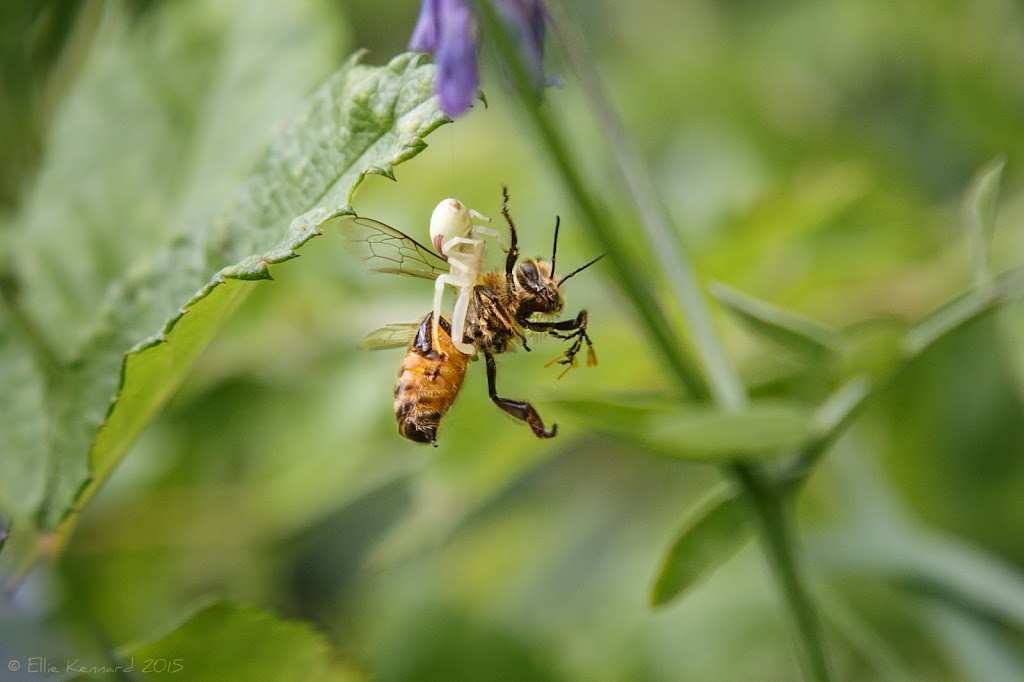 On the same afternoon when I photographed Steven doing doughnuts on the tractor while cutting the grass, I stopped to take a look at the wild flowers growing at the edge of the lawn. The black and white project is to feature 'living things' for tomorrow and I was looking for subjects. As I stood there, a bee flew in to feast on the nectar and I quickly focused to catch a photograph of it. Just then, taking both the bee and me by surprise a crab spider dropped from its hiding place and pounced on the poor thing. It seemed to bury something into the bee that surely paralysed or stunned it and then it twist it in its legs, presumably while it proceeded to suck it dry, which it apparently does. There was nothing I could do but continue to watch and photograph as by the time I knew what was happening the bee was finished. Later, when I got to see the pictures I had taken, the first one, a little out of focus from my haste, showed the bee about to land and, almost completely hidden, but just about to descend to attack, the spider. I had not been aware of it but the camera had caught it.

My G+ posts are all on my blog : https://www.elliekennard.ca .