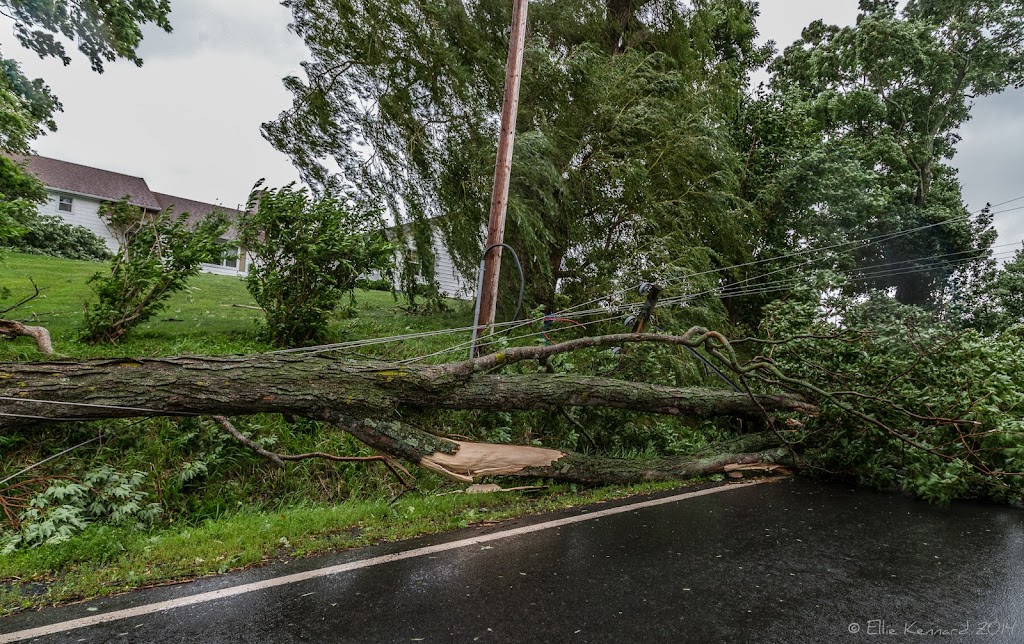 For those who are wondering what the destruction was like and why it took so long for power to be restored to so many customers in the Maritimes, I thought I should post this picture. (Again, out of order, but who cares? Not me.) There were many downed power lines and phone lines caused by the huge number of trees that fell. This translated into a loss of electricity for up to 5 days (see +Steven Kennard's post here https://plus.google.com/104584322313471697637/posts/AnJXk24VAnh for exactly what that means in this region). A good friend of ours even put his back out badly hauling water for his family from a nearby stream. Roads were blocked by fallen trees and the loss of telephone land-lines put at risk those people who have no mobile/cell phone coverage in their area (quite a lot near us) and the elderly or those who choose not to have such phones but might have been in need of medical attention.

Power and the phones were restored, but in seemingly random ways. One family had the electricity restored to their house but not to the one next door. So they ran an extension cable to 'lend' electricity during the outage. Our neighbour called to offer to share his generator with us, if we needed it, to keep our fridge and freezer from thawing. People helped each other and got on with life as best they could. Now comes the cleanup. _Oh, and don't touch the red wire! 😉 This was taken the night of the storm when there was a lull.