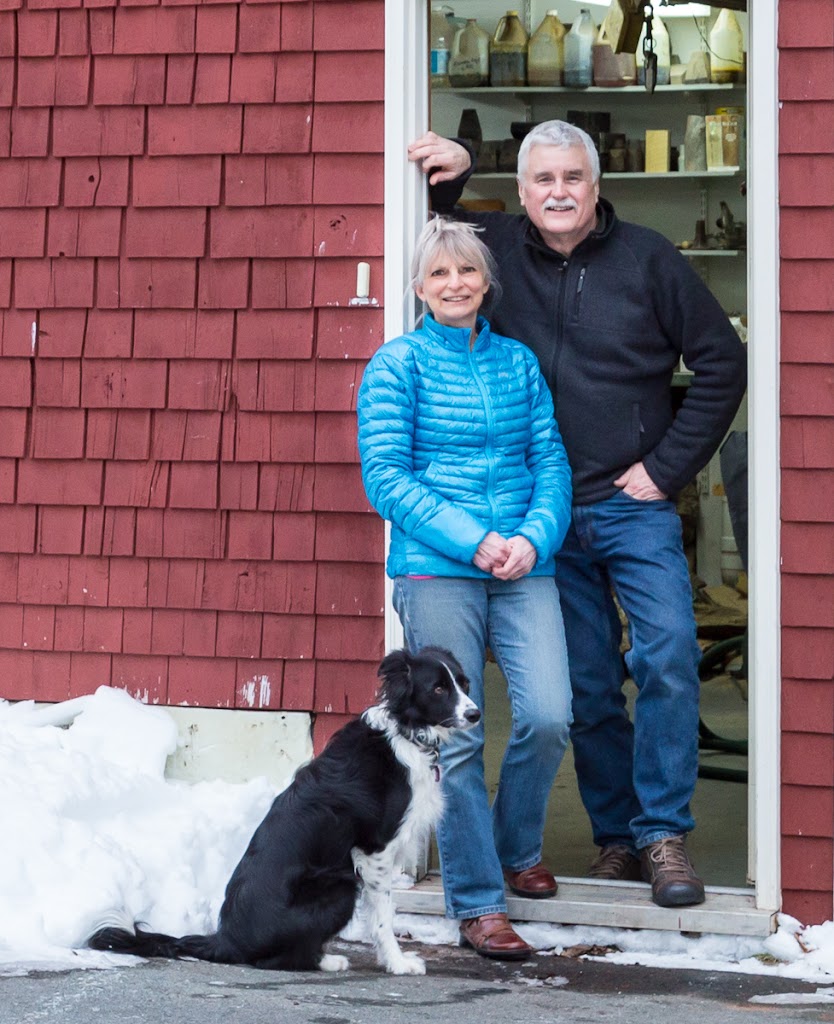 A little while ago we were asked to provide a recent photograph of ourselves. It was supposed to be taken out of doors (it was cold at the time!) and to show some context, with Steven's workshop in the barn. We tried different places that we thought might work but nothing seemed ideal, so in the end we decided that the doorway to the workshop would be the best location. We set up the camera on the tripod and discussed how we thought we should be standing. I didn't want to be bundled up in a winter coat, tempting though that was, so settled on a light jacket. Steven wanted Joni in the photograph and asked me to hold her while he set the camera timer and ran back to his place in the scene. Joni really did not want to stand still and was squirming so much that I was forced to let her go as the shutter clicked leaving two blurred figures out of three.

"Forget Joni", Steven said and so we prepared again and he ran back. As he did so I called her name once. She ran straight up to me and sat as you see her. As the shutter clicked she had just begun to turn her head toward the camera, but at least she is shown here as part of the family and not blurred. The Kennard family at home!