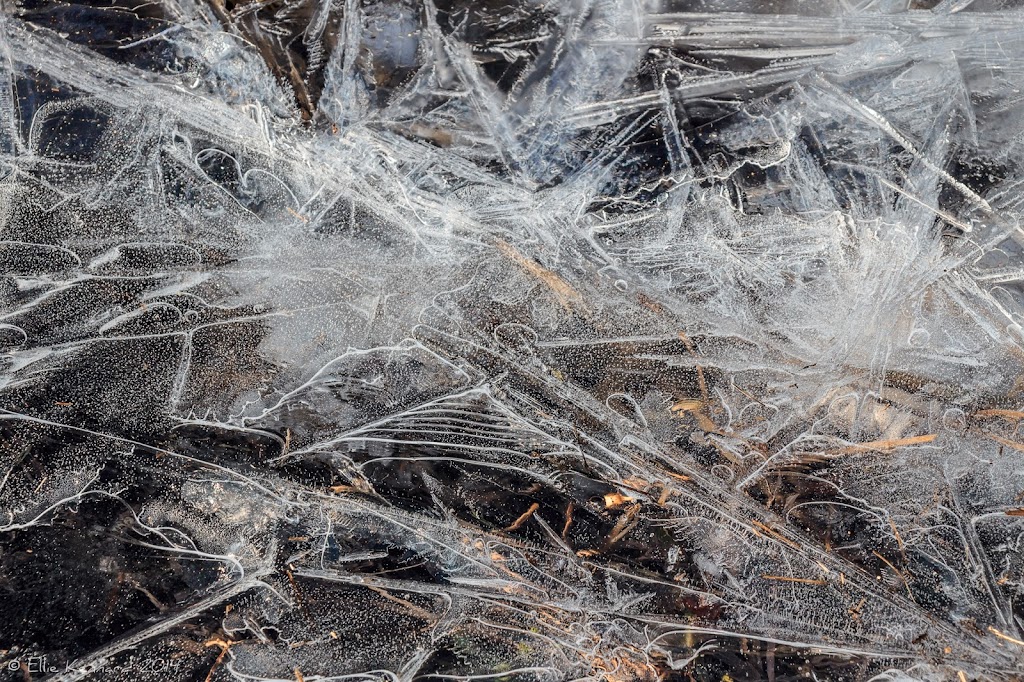 I don't know what freak weather conditions produced this effect but I was glad I had decided not to leave my camera at home on this walk I had taken umpteen times. The posting for the 12th was of a flooding road and ditch and in the night it had been colder, down to freezing temperatures again, but with a brisk wind. I thought that the flood water would have completely dried up and as I got near that location again I saw that I was right. My walking companion decided to cross the road to see what had happened to the water and exclaimed in delight. It had, indeed, evaporated. But above the ditch there had formed a thin skin of jagged ice that sat, suspended in the air by the edges that clung to the two sides of it. The ice was so thin it could have been a covering of cellophane.  I took several photographs of this strange and beautiful phenomenon but, really, it had to be seen to be fully appreciated. Nothing remains of it today.

And yes, the grass is in there! #grasstuesday +Grass Tuesday by +Margaret Tompkins +lizett Beltran +Ray Bilcliff