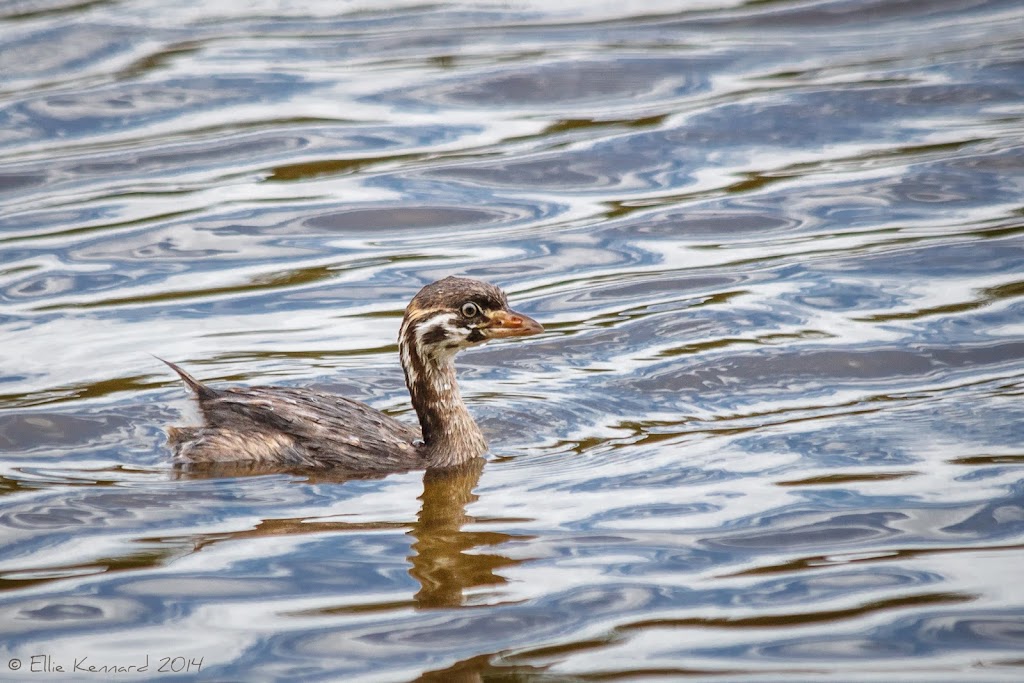 I walked around the Kentville Miner's Marsh area a few weeks ago, on a dull day and managed to see quite a number of wildfowl, many of which were too far away to get decent photographs especially as the light was poor and it was windy. This youngster was swimming and diving not too far from the shore and I got several of him. I thought at the time that when he went underwater it was almost as if he didn't so much dive as simply submerge out of sight. Almost as if he sank underwater.

He was a little hard for me to identify and even another (much better) bird photographer didn't have any idea what he might be, looking at my photographs. I was a little disheartened (feeling that my images had not done the bird justice) until I found it on my bird identification app and the images of it were no better than this one. He looks very odd, quite like a clown as the article below says.

Today I found this information about the species, which is the second smallest grebe found in North America. http://ecobirder.blogspot.ca/2010/11/adventures-of-clown-duck.html