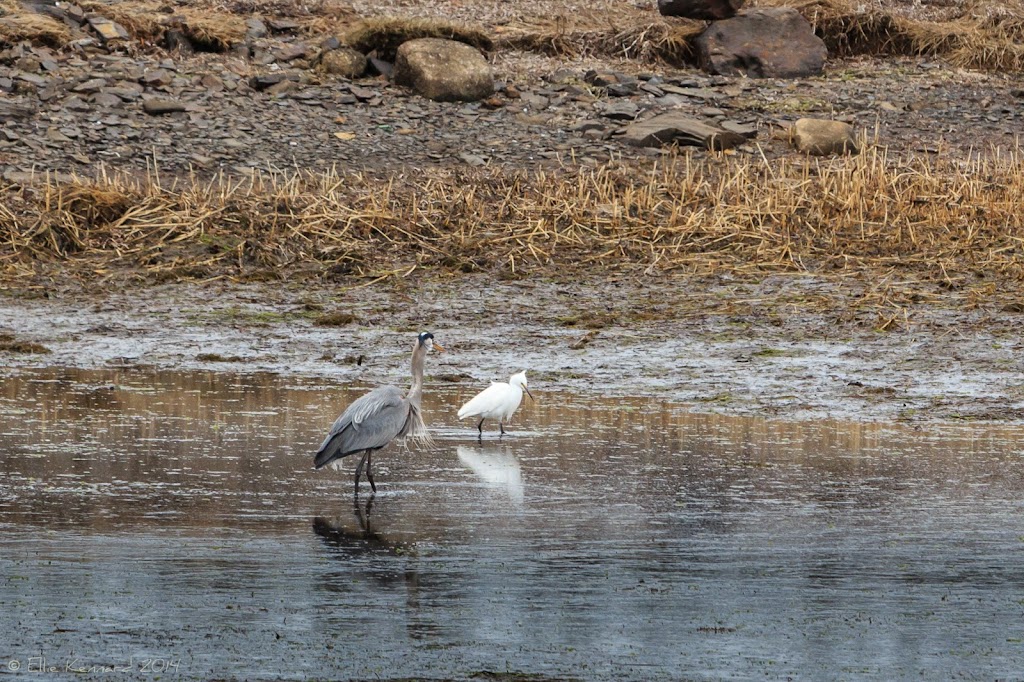 The Sunday of April 14th was a red letter day for me. I saw two birds that were firsts for me. One was this snowy egret, which is a rarity in our part of the world, the other was an unusual bird whose photograph I will post shortly (one per day for the project, so it has to be for another day). During the week before, I had been hearing about the snowy egret sightings that had been announced on our rare bird watch group and was feeling frustrated as they were all a fair distance away from where we live. On top of that, the renovations going on in the house meant that it was impossible to go for a long drive and just abandon the work. And of course going for a drive to a 'last sighted' location, over 1 hour drive away did not guarantee a sighting – it could have been a wild egret chase. So I kept quiet and said nothing and, I guess, felt a bit sorry for myself.

On Sunday another sighting came in and this time, with the work temporarily halted, I mentioned it to Steven. In no time at all I found myself in the car and on the way across the province. It was a dull grey day, with a drizzle falling at times, but it was nice to get away from the dust and rubble, even if we hadn't sighted the egret. As you see here, of course when we got there, it was still feeding along the banks of the bay. I couldn't get as close as I wanted as it was a good way across the water, but I did get a good number of photographs of it. A great blue heron was keeping it company and it was lovely to just sit in the car and watch this rare visitor.