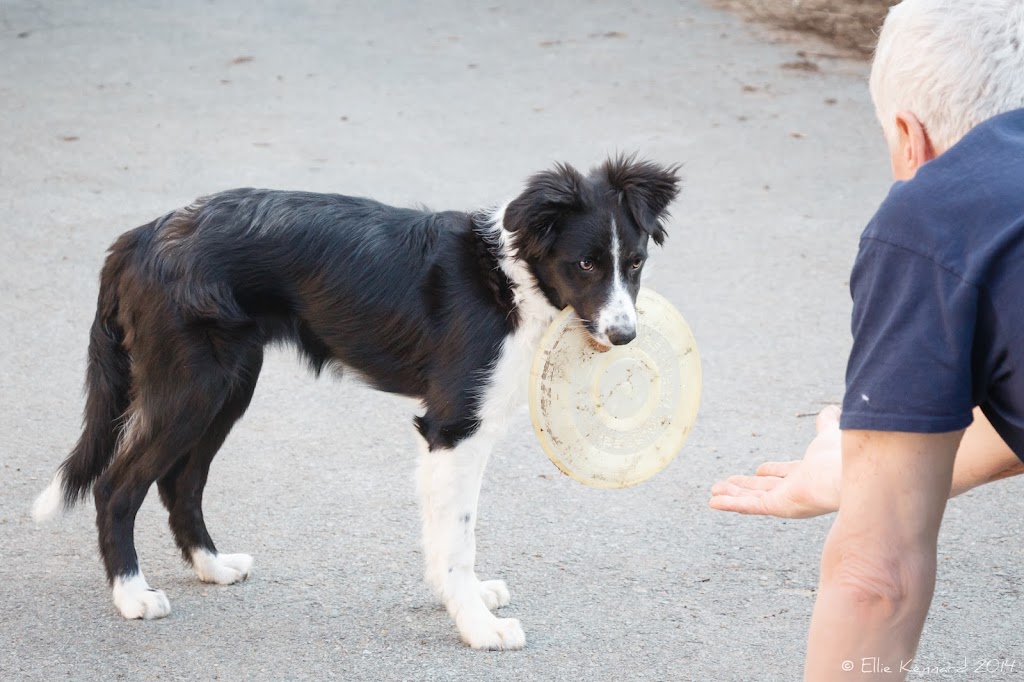 The day of the first Frisbee lesson arrived. The snow was (mostly) melted, it was possible to throw it and not have it disappear from view. Joni was used to the idea of bringing back her blue ball to be thrown for her. You can almost see Joni's brain ticking over in this image. She had seen it thrown for her, she had run after it, had managed to pick it up (not easy when it landed on the concrete, not as easy as a ball, anyway) and could see that she was supposed to know what to do next. She was just not ready to give it up quite yet.

She still (after this was taken, on April 20th) enjoys doing a victory lap or two before bringing it back to be thrown again. But she has the idea now of how it works. A whole lifetime of Frisbee catching is before her. Next to playing with Aria (another border collie) nothing will get rid of her pent up energy as well as a Frisbee game!