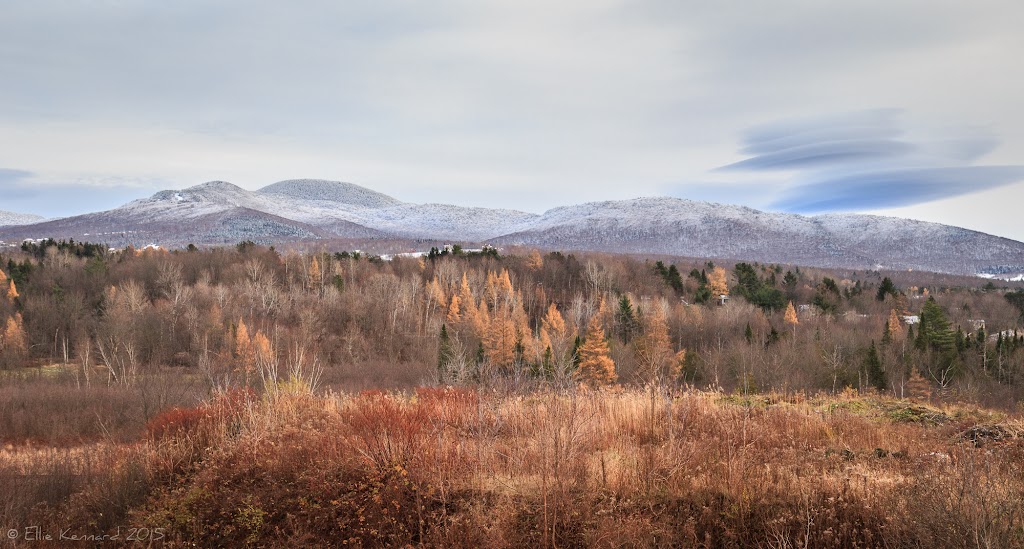 The Eastern Townships, outside of Montreal, Quebec, have a special place in my heart. My uncle's dairy farm in Waterloo was the warmest and most welcoming place that I knew. His barn, full of the scents of the gentle Jersey cows, milk, sweet molasses and hay represented a place of calm and security. The soft sounds in the early morning, with the rhythmic milking machines, the swish of grains thrown from a pail, the munching and movements of the animals and the voice of my uncle were like music to me. My happiest times were spent sitting in that barn, on the edge of the stalls, listening to him explaining to me everything he was doing. I felt enormously proud when I held the buckets to feed the calves and watched the wild barn cats and kittens crouched over the saucers of milk I put down for them. My proudest moment though, was when a beautiful, newborn calf with her large, soft, brown eyes was named after me. Although I rarely visited, the times I spent there are the strongest of my childhood memory. For me it was a place of love, of security.

When I got older I always yearned for a Jersey cow of my own. It was as if my life was not complete without one. When we had the farm in France we finally got our Florette. The association of those same smells and sounds in the warmth of her stall in the early morning made me feel that I was the richest person in the world. I would rest my forehead against her warm flank as I milked her into a bucket and listening to her deliberately chewing her hay I would be transported back to those days of quiet calm and remember that special, loving family in Quebec.

I still feel that my uncle is one of the wisest people I have ever met. We go to see him when we can as he is still very much alive and active, though no longer farming as he is in his 90's. Instead of milking he gardens and golfs in the summer and curls in the winter.

I feel as if it's been ages since I posted an image of a landscape. This was taken not far from my uncle's farm, in the Eastern Townships, on our trip to see him last fall. I remembered it when I saw an image posted here the other day, where snow frosted the mountains in Colorado.